The UTOPIA story travelled to the heartlands via an exhibition tour, organised in partnership with the National Library Board of Singapore.

As Singapore made its bumpy way towards a new normal, the history of UTOPIA Symphony journeyed around the country that inspired the music. Nuggets of information were supersized and plastered across 3 separate 1.9m tall, double-sided exhibition structures that also featured Singapore artist Kenny Low’s digital painting ‘Utopia’. The second exercise in seeding the One Million Towards UTOPIA movement, the purpose of the UTOPIA Library Exhibition Tour was to tell our communities about the symphony written about Singapore, and trigger conversation about the arts.

The Tour made stops at Singapore’s largest libraries to introduce the One Million Towards UTOPIA movement at grassroots level, covering all 4 corners of the island.

Modular in nature, the exhibition panels were styled according to the spaces provided by the libraries. The libraries also played the Roundtable Video clips and the UTOPIA Symphony making-of documentary on loop on their screens for the duration of the exhibition on their premises.^ Special mention to Aisyah Aziz’s nephew who spotted her on the big screen at Woodlands Regional Library.

The Tour’s final stop at [email protected] featured a special inclusion of Martynov’s works, which had on display a copy of the UTOPIA Symphony score that was donated to the library’s collection by The Foundation. [email protected] also held a special giveaway onsite that saw 5 entrants each winning themselves a copy of the UTOPIA Symphony CD by submitting their thoughts on what utopia looked like for them.

On social media, the UTOPIA Library Exhibition Tour was covered on The Foundation’s Instagram and Facebook page to drive footfall and extend the reach of the tour beyond the confines of the libraries. 2 winners scored a year’s subscription to Spotify via an Instagram contest, sponsored by a donor.

*All except Central Public Library

For nearly half a year, the UTOPIA Library Exhibition Tour planted seeds of conversation as it made its trek. COVID-19 sprung a surprise in the second month, and visitor numbers to the libraries took a hit as Singapore regressed to Phase 2 (Heightened Alert) in May 2021. However, this tour laid the groundwork for an enduring partnership with the National Library Board, to be explored further when The Foundation’s Iconic Initiatives are able to progress. Smoke Gets In Your Eyes 烟熏到了眼睛 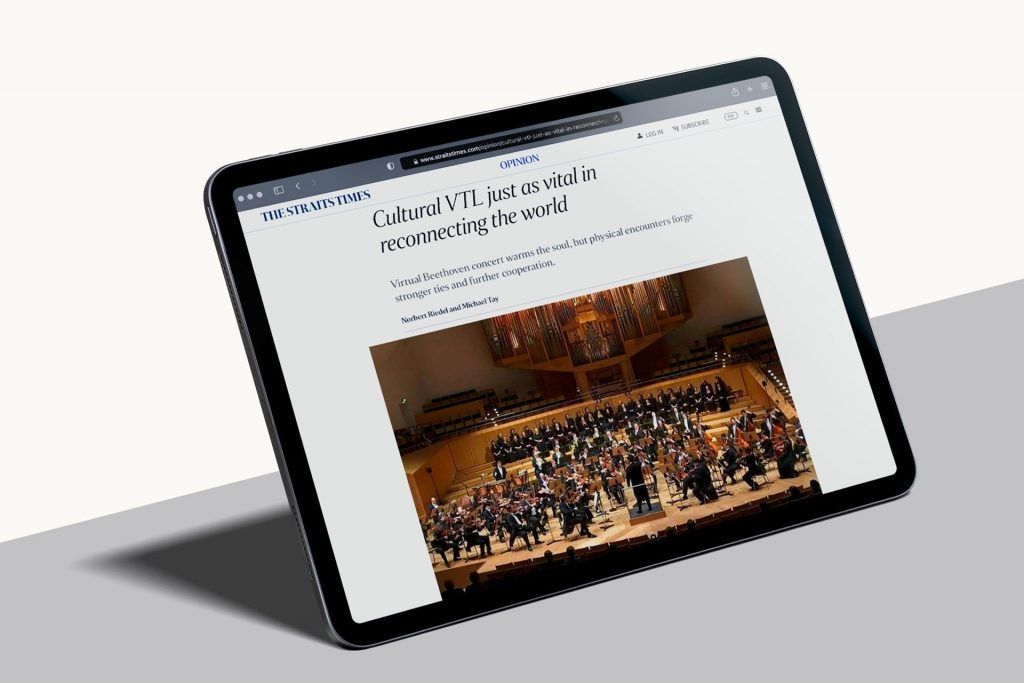